From Murder to Millions

My Name is Nelson Tressler

For the past 25 years goal achievement and personal development have been my passion; but my true obsession was awakened several years ago as I began the development of 6 Months 2 Success. The principles, philosophies, and accountability intricately built into every aspect of the 6 Months 2 Success Program and App have not happened by chance. It is a program comprised of a lifetime of study and determination to succeed not only financially and professionally, but in every area of life.

It is with great difficulty I share with you the story you’re about to read. In fact, until 6 Months 2 Success was founded my wife was the only person outside of my hometown who knew this story. I share this with my mother’s permission and with the ultimate goal of offering inspiration and motivation to others.

My mother’s childhood was far from ideal. She was from a small town in central Pennsylvania from a large family of sixteen children. Her father, the local trash collector, was an alcoholic and was verbally and physically abusive to his family. My mother dropped out of school in eighth grade and was pregnant with her first child at sixteen years old.

It was about that same time when her father found himself in a dispute with the town’s law enforcement regarding his unlawful trash-dumping practices on his makeshift landfill. He had ignored their repeated notices and demands to reroute his dumping to the county landfill. One afternoon, in a fit of rage, he threatened revenge on each of the police officers who served him with a final cease and desist notice.

As his rage continued to intensify, he went home, got drunk, loaded several guns into the front seat of his car and drove to the small town square where two police officers were directing traffic. He opened fire on both officers, killing one and critically wounding the other. The officer that died was twenty-nine years old and had five children under the age of seven.

During her father’s trial, in which the prosecutors were seeking the death penalty, my mother testified that the reason her father had shot and killed the police officer was because the officer had raped her and the baby she was carrying (me) was the product of that rape. That testimony split the jury and they were unable to reach a verdict. At the second trial, he was found guilty and sentenced to life in prison without the possibility of parole.

My grandfather selfishly tore apart two families that day. I often think about Officer Seymore’s family and the overwhelming trials they undoubtedly faced because of losing him at such a young age. In my own family, my grandfather started a chain reaction of challenges for his wife and children; particularly my mother. The inherent obstacles for anyone born to a single teenage mother with an eighth-grade education would be tough enough; and my mother and I quickly learned that small-town life under the additional difficulties created by my grandfather were exponentially more problematic. The Tressler name had garnered a following of anger, ostracism and shunning from the community; even to me as an innocent bystander.

There are hardly any fond memories from my childhood. At the age of twenty-one, my mother married a man with a hot-headed personality akin to her father’s. He was an alcoholic and extremely physically and emotionally abusive. Money was sparse; my mother was on welfare and my stepfather couldn’t keep a job. His horrible temper and excessive drinking would frequently land him in jail.

School years were equally difficult. Suffering from dyslexia and lack of a stable home life, I quickly fell behind. I found myself in special education classes and eventually repeated the fourth grade.The taunting because of my disability and financial status in the town were frequent.

In ways too numerous to describe in this brief introduction, the obstacles we faced were overwhelming and frequent; so much so that at one point my mother attempted to take her own life. Life truly was not easy.

As dire as my circumstances were, my current circumstances could not be any further from where I once was. Flashing forward to present day, I am married to my best friend and wife of almost 25 years. Together we are raising three productive and accomplished sons. I have been the top producer worldwide for a top five commercial real estate firm. I have started over 10 businesses; and now have enough passive cash flow to support my family and spend the time with them the way I once dreamed of. I am enjoying this great lifestyle with also the time to focus on accomplishing some personal ambitions like running marathons and training for century bike races.

It is genuinely difficult for me to talk about my childhood misfortunes. It’s equally uncomfortable for me to share my successes. I do feel; however, that it is my responsibility to help others reach their potential regardless of the situation in which they find themselves. My hope in sharing these very personal details of my life is that someone will relate to me. That in revealing both my humble; even grim, beginnings and illustrating the tremendous contrast of my successes and accomplishments, not to be boastful, but to truly demonstrate that the principles of 6 Months 2 Success can create a life of purpose and true happiness. One of my favorite quotes is, “Never be ashamed of a scar. It simply means you were stronger than whatever tried to hurt you.”

I have been developing 6 Months 2 Success over the past 25 years using its strategies and philosophies to essentially live my “American Dream”; now I want to give back and help others live theirs. 6 Months 2 Success is a program that can help anyone, regardless of past or current circumstances, live up to their potential and fulfill life’s biggest dreams. I have personally seen this program change the course of its Member’s lives; giving them the clarity and direction they were searching for. Following the principles in the 6 Months 2 Success program will guarantee a happier and more productive life.

It is my vision to make this world a better place one person and one inspiring goal at a time. Goals not only change the current generation, they also change the generations that follow.

Please join me in this most admirable endeavor. 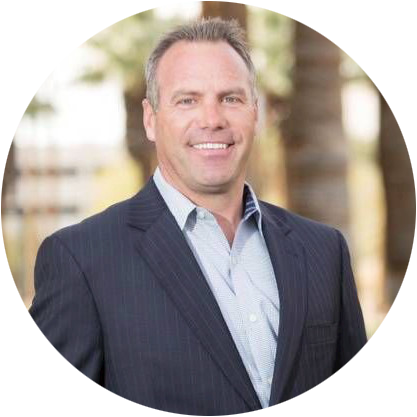 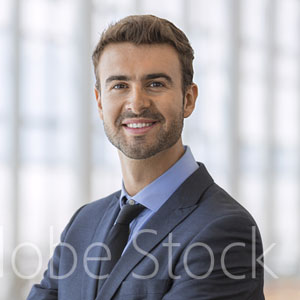 Your Past Is Not Your Future

6 Months 2 Success will help you live the life that you were destined to live.