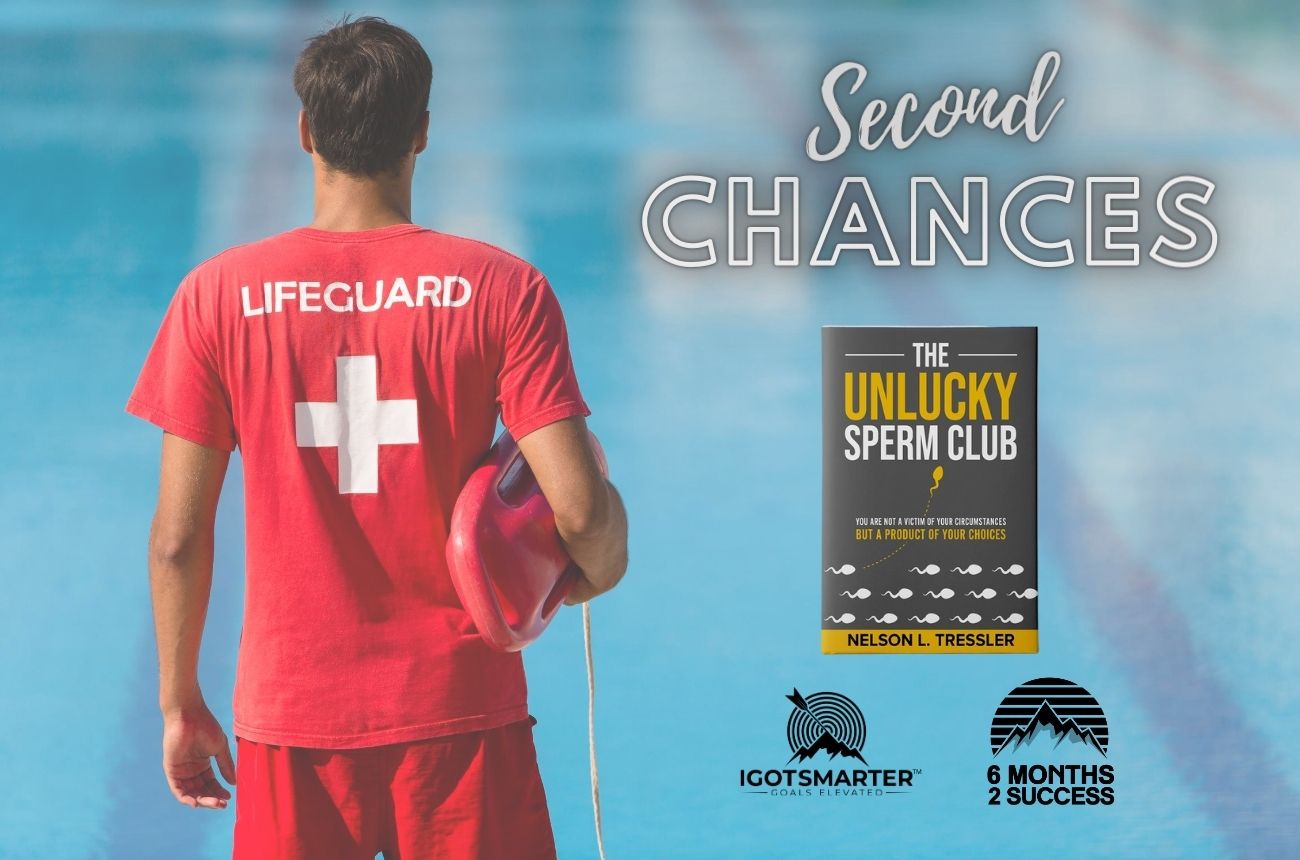 Have you ever received a second chance? I certainly have – a few times in fact. I share my most memorable life or death second chance in The Unlucky Sperm Club, my new book coming out November 2020.

“I was six. My mom and I were at the YMCA, where we could sign up for the free swim. There were very few swimming pools in Bellefonte and none of them belonged to anyone that my family knew. My mom walked me to the pool area and gave me strict orders to stay in the shallow end where I could touch the bottom. She was going to run a few errands.

The pool was your typical small rectangular swimming pool with a diving board on one side and a shallow end on the other. I did what I was told and was wading in the shallow end because I couldn’t swim. But then I looked up and saw a kid who looked like he was four or five years old. He was definitely younger than me. I watched him jumping off the diving board and swimming to the ladder. Something clicked in my six-year-old brain that day: if that little kid who could jump off the diving board, then darn it, so could I!

I climbed out of the shallow end and walked to the deep end of the pool to wait my turn in line. No one seemed to doubt that I could do it. No one tried to stop me or even asked if I could swim. I felt very conﬁdent.

When it was my turn, I stepped up on the board and looked at the lifeguard, giving him one more chance to talk me out of it. He blankly stared right through me with a look of total disinterest (it was a look I now know is one only a teenaged boy can give).

I went for it. I ran and jumped and then quickly sank to the bottom of the pool. I don’t remember panicking when I hit the bottom, I just started walking up the slope that divided the deep end of the pool from the shallow end. After a few seconds I remember my lungs starting to burn and I realized I better go faster so I began to try to run up the slope.

I am not sure if any of you have ever tried to run uphill under water, but it ain’t easy. The more my lungs burned, the faster I tried to run and the faster I tried to run, the more my lungs burned. I lost consciousness and had to be rescued and given CPR. The next thing I remember is coughing the water out of my lungs and the same teenage lifeguard staring at me with a much more interested look on his face. I then realized that there were lots of people surrounding me in a circle. Then I remember them all clapping and cheering as I struggled to take a breath. As I looked at all the faces now cheering that I was alive I saw that little kid who had been jumping off the diving board staring at me. I could swear that he rolled his eyes at me, letting me know what an idiot I was.

It was probably just the lack of oxygen to my brain, but that’s how I remember it.”

I have always looked at this experience as a second chance at life. It is quite possible that this story could have a very different ending if I would not have made it out of that pool alive. I often ask myself two questions related to this experience:

1. Why was I given a second chance?

2. What am I going to do with this second chance?

I have my own answers to these two questions and they have a tendency to change with time and circumstance. If you have had a second chance at anything in your life – a career, a relationship, your health, and even life, what are your answers to the two questions?

I would love to hear from you! 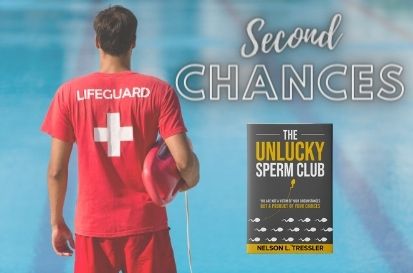 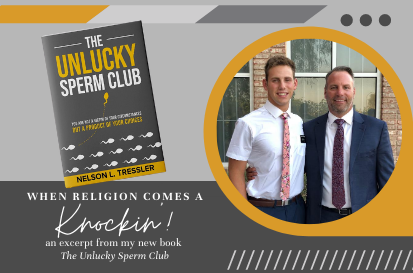